As a stand-alone medium, Facebook is used by more people in Fayetteville than watch local TV stations. Only Fayetteville radio and local cable reach more consumers.

The large audience commanded by social media has attracted a significant amount of advertising dollars from local advertisers. According to Borrell Associates, a company that measures advertising expenditures across the county, Fayetteville area businesses are expected to spend $21 million on social media advertising, a 25.5% increase over 2022. The overwhelming majority of these dollars are being spent with Facebook.

Yesterday, Facebook founder Mark Zuckerberg announced the company was changing its name to "Meta".  This change, though, only affects the name of the parent company. There will be no change to the company's brands like Facebook, Instagram, or WhatsApp.

How will this name change affect Fayetteville businesses that advertise on Facebook?

END_OF_DOCUMENT_TOKEN_TO_BE_REPLACED 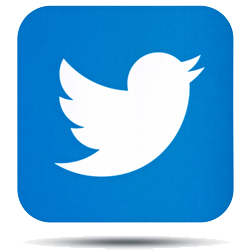 How important is Twitter to Fayetteville area consumers? Yesterday, for instance, the social media platform was mentioned in at least ten articles published by the Fayetteville Observer yesterday.  Almost every local TV newscast included references to the site as well.

Twitter's outsized presence in the news, however, is enormously disproportional to the importance of the micro-blogging app in the life of Fayetteville's consumers.

Twitter offers 20 different options that North Carolina small business owners can utilize to market their goods and services to local consumers.  The platform's minimal reach, however, can hamper the success of any advertising campaign.

END_OF_DOCUMENT_TOKEN_TO_BE_REPLACED

Fayetteville retailers spend a considerable amount of time and money marketing their small businesses on social media.  Is this effort paying off?

Each month, according to Nielsen, 219,000 Fayetteville adults use Facebook, Instagram, or Twitter. This equates to 62.9% of consumers.  This reach is rather anemic compared to local radio and TV, which attracts considerably more users in a single week than these social media platforms do over 30 days.

The number of consumers reached by an advertising campaign, according to Nielsen, is the media consideration that has the most significant effect on increasing sales.

END_OF_DOCUMENT_TOKEN_TO_BE_REPLACED

As social media matured from a novelty to part of consumers' daily rituals, some Fayetteville business owners began to experiment with advertising.

By every key advertising metric, though, Fayetteville radio remains the best choice for a small business to market their goods and services. Here's why.