Advertising on Fayetteville Radio: How To Choose Quality Over Quantity 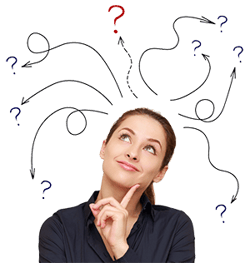 Warning: this article requires the exercise of math muscles not used since 9th-grade algebra class.

It is true that the cost of advertising on a Fayetteville radio station is proportional to the number of listeners that station reaches.  The more listeners who tune-in, the more a business owner can expect to pay for each commercial.

It is also true, that when a Fayetteville small business owner purchases a commercial on a radio station, they are paying to reach all of the listeners. Only a portion of those listeners, though, will ever be in the market for the goods or services that business sells.

The entirety of a radio station's audience can be thought of as the 'quantity'.  The fraction of that audience that will be receptive to a business owner's message (the listeners most likely to become customers), are the 'quality'.

When a business owner is choosing which Fayetteville radio stations to advertise on, which is more important, quantity or quality?  Reaching the most listeners or the most likely customers?

A convincing argument can be made for the effectiveness of both. But, for a Fayetteville small business owner on a budget, the best advertising advice comes from a Roman statesman from the 1st century A.D., Seneca the Younger.  He was the first to utter the words, "Non refert quam multos sed quan bonos habeas."

Translation: It is quality rather than quantity that matters more.

Sometimes, the stations with the greatest quantity of listeners also have the highest concentration of quality listeners as well. Other times, not.

There are two steps a business owner can take to determine which Fayetteville radio stations delivers the most quality with the least amount of waste.

How To Choose Quality

The first step, according to the ebook Seven Steps For Success, The Fayetteville Small Business Owner's Guide To Radio Advertising" is clearly defining a target audience.

According to the guide, age and gender alone do not provide enough insight to determine radio station selection. Examples of a well-defined target might be:

A business owner may have several different target consumers. For instance, a local bank might need to target home buyers for mortgage products; entrepreneurs for commercial loan products; smartphone users for mobile banking products; and retirees for certificates of deposit.

Although each of these targets is a viable prospect for the bank, they are likely to have little in common including their choice of radio stations due to different lifestyles and stage of life.

With a well-defined target customer, it can then be determined which station has the greatest concentration of the right type of listeners.

Remember, a small business on a budget, doesn't need to pay for listeners who don't fit the profile of the customer.

The second step, then, is to index each Fayetteville radio station being considered to determine the likelihood that every commercial broadcast will be heard by the target customers.

Not to worry, a reputable radio station representative can provide the necessary data. 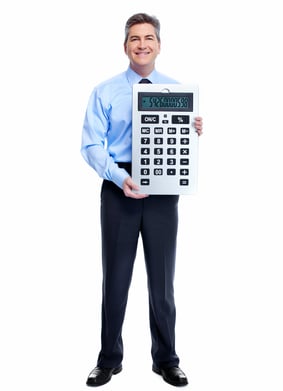 Here's a real life example based on actual data.

An upscale furniture store in Cumberland County wants to target adults who are in households that earn $100,000 or more annually and are planning to buy furniture during the next 12 months.

The business owner is deciding between two Fayetteville radio stations.

The furniture dealer, however, wants to make sure that the money she spends has the greatest likelihood of being heard by target customers.

A radio representative shares Nielsen information with her that indicates 9.7% of the Fayetteville population consists of people who fit the description of her target audience.

The information also shows that only 8.4% of station A's listeners are adults that earn $100,000 annually and are planning to buy furniture during the next 12 months. In other words, Station A's audience is 14% less likely than the general population to be part of the target audience the furniture store owner needs. That would be an index of 86. [Index Formula: (8.4%/9.7)*100=86]

What this calculus tells us is that every commercial broadcast on station B (which has fewer listeners and is less expensive) is 43% more likely to be heard by the furniture store owner's target consumer than commercials on station A.

So, for a budget-minded, Fayetteville small business owner, choosing station B, quality over quantity, would be the smartest choice.