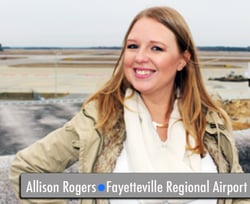 Allison Rogers landed the job of Marketing Manager two years ago at Fayetteville Regional Airport. The airport, built in 1949, was originally known as Grannis Field. Today, most people refer to it by its three-letter designation, FAY.

As, part of her job, Ms. Rogers is responsible for convincing her target consumers that FAY offers competitive ticket prices and is more convenient than using one of North Carolina’s larger airports. Her target flyers include area residents planning vacation travel; Fayetteville small business owners traveling for their jobs; and members of the Ft. Bragg community traveling for non-military reasons.

According to Nielsen, advertising on Fayetteville radio reaches more business and more personal travelers than any other local medium. 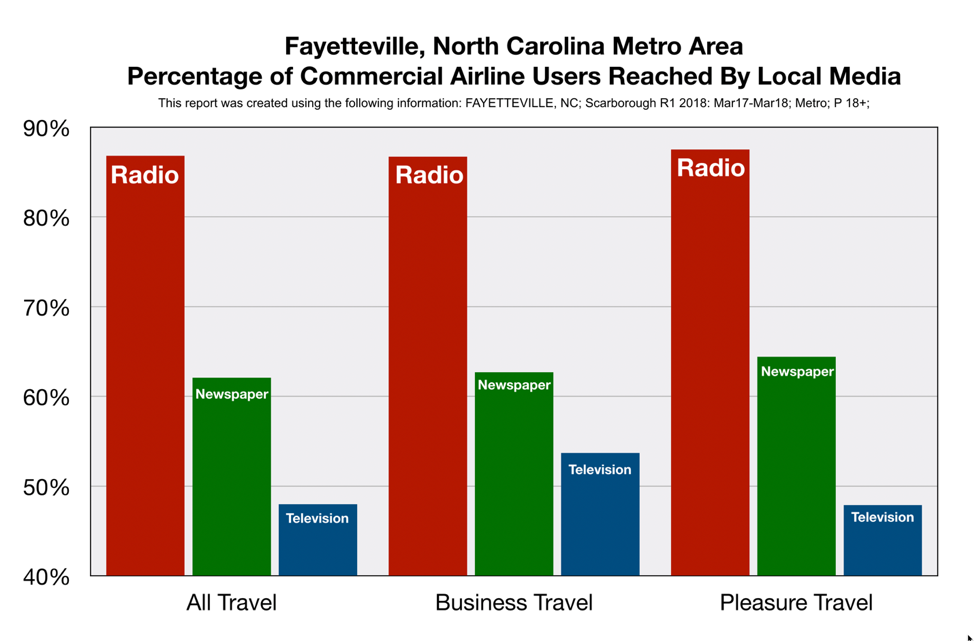 “Although we focus our advertising primarily in Cumberland County, radio allows us to get our message to people in the Lumberton, Raeford, Pinehurst, and Spring Lake areas. Fayetteville radio can deliver all that additional reach without any additional budget. Other media can’t really do that,” Ms. Rogers adds.

When she assumed the marketing role for the airport, the radio advertising plan called for using almost every radio station that served Cumberland County. “Because we used so many stations,” says Ms. Rogers, “we could only afford to advertise for short periods of time.”

Ms. Rogers believed, however, this strategy was not helping to overcome the marketing hurdle that challenges not only the airport, but also every local small business owner. “Fayetteville is a very transient community. With members of the military and their families constantly moving in-and-out of the area, we have to continually be re-introducing the benefits of flying FAY to new residents,” she explains. 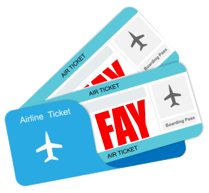 To overcome the transience challenge, Mr. Rogers shifted her approach to advertising on Fayetteville radio to a classic branding strategy.

“I cut back the number of radio stations we were using to focus on those with the highest reach among our target demographics. With the savings, I could then afford to buy those key radio stations for much longer periods of time.”

Ms. Rogers further optimized her advertising on Fayetteville radio by utilizing shorter length commercials. She is currently using a mix of 30-second and 15-second commercials. “This makes my schedules last even longer,” she explains.

In terms of her creative approach, Ms. Rogers is currently using two versions of her radio commercials. “Both sets of commercials use the same messaging. We just say it in different ways. Because we are advertising for longer periods than before, I don’t have to worry about radio listeners burning out on the ads.”

Ms. Rogers believes her current approach to Fayetteville radio is effective. “Every day,” she says, “people tell me they heard us on the radio. Also, based on her informal surveys of local residents, only about 1-in-10 don’t know we have a competitive and convenient airport option here in Fayetteville. That’s really good given our transient population.”