This year marks 80 years since WFNC became the first radio station in Fayetteville.  From that time, small business owners in Cumberland and Robeson Counties have depended on radio advertising to market their goods and services.

So, it is a fair question for a 21st-century business owner to ask: Is Fayetteville radio is still relevant in the life of North Carolina consumers?

"You wouldn’t know it from all the media coverage focused on streaming video and streaming music," said media expert Doug Schoen in Forbes Magazine, "but recent Nielsen data shows radio actually has the most reach among American media consumers."

Last week, for instance, significantly more local consumers tuned-in to a Fayetteville radio station than watched local TV, read a local newspaper, or logged-on to a streaming audio site like Pandora and Spotify.

END_OF_DOCUMENT_TOKEN_TO_BE_REPLACED

Is Your Fayetteville Small Business Ready For Back-To-School? 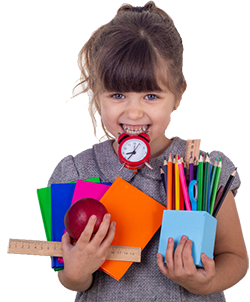 The National Retail Federation has predicted that this year's back-to-school shopping season will set a new record. Households with school-age children are expected to spend, on average $696.70 preparing their kids for the first day of classes. This tops the previous record set in 2012.

For Fayetteville small business owners, this means there is $84,583,536 of back-to-school bucks in play between now and the first bell of the school year.

To grab the largest share of back-to-school spending will require small business owners to advertise.  By any metric, advertising on Fayetteville radio stations will be the most effective.  Here's why.

END_OF_DOCUMENT_TOKEN_TO_BE_REPLACED 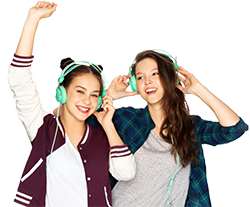 Marketers call them Generation Z.  Fayetteville small business owners call them teenagers.  Whatever 12-17 years old are called, they live in homes cluttered with video games, smartphones, and tablets. They have easy access to Snapchat, YouTube, Instagram, and hundreds of other apps their parents have never heard of.

What may come as a surprise to many local business owners, despite the abundance of options for teens, Fayetteville radio stations dominate their media consumption.