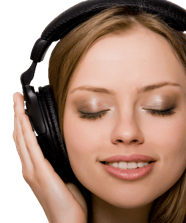 The invention of the radio commercial came at 5pm August 28, 1922. The Queensboro Corporation, a small business in New York City, purchased time on radio station WEAF for $50 to advertise its apartment complex development in Jackson Heights, Queens.

Radio advertising came to Fayetteville, North Carolina in 1939 when Wall Christian Ewing and Harry Layman put WFNC on the air. Ever since then, Cumberland and Robeson County small business owners have depended on radio advertising to market their goods and service.

Radio Advertising Has Been A Big Part Of Our Growth

“Ed, who served as my mentor for the first few years, had been a huge in yellow pages and newspaper advertising,” says Mr. Quigg. “He feared that if we quit advertising 4 days a week in the newspaper, then the world would end.

As his advertising strategy began to show positive results, Mr. Quigg stopped newspaper advertising all together and started adding more Fayetteville radio stations into his mix.

Kimbrell’s Furniture, a small business that has been in business in North Carolina since 1915, has only recently discovered the value of advertising on Fayetteville radio.

According to Cheryl Parker, General Manager of Kimbrell’s Person Street, Raeford Road, and Ft. Bragg Boulevard locations, up until now, the company’s use of radio has been sporadic.

This year, however, Ms. Parker convinced her district manager to advertise on Fayetteville radio continually for a 6-month period.

Ms. Parker knew to increase sales in her stor

Mr. Barbour started Budget Rooter in 1998 as a part time job. He worked nights and weekends out of the back of his Geo Storm. By 2000, word of mouth helped expand the business to a point where he could make it his full-time pursuit. 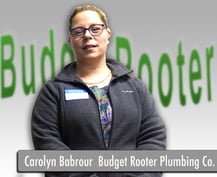 2002, Budget Rooter hired a second plumber to keep up with customer demand. This is also when Ms. Barbour quit her job as a nurse to take on the mounting administrative duties of the firm. This included advertising and marketing.

As Ms. Barbour tells it, after being on radio consistently for nine months, the business started to takeoff. “In the deepest part of the downturn,” she recalls, “we were growing.”

Local attorney Nicole Cotton began advertising on Fayetteville radio in 2010 shortly after opening her first law office in Robeson County. “In every radio commercial she included her slogan “Cotton is my name, but I’m no softy”. “Within 3 months,” she recalls, “people were coming up to me every single day and repeating that slogan.”

I used my radio advertising to build my personal brand,” recalls Ms. Cotton. “Based on the billings she generated from her current clients, her radio advertising, and her personal drive to succeed, Ms. Cotton was able to open her second office in Fayetteville a year later.

“Advertising on the radio,” Ms. Cotton concludes, “helped give my law firm credibility.”

Cape Fear Flooring in Fayetteville started out as a carpet cleaning company 19 years ago operating out of a tiny house. This year, the company moved into a brand new, 6000 square foot showroom and warehouse along with their 28 employees 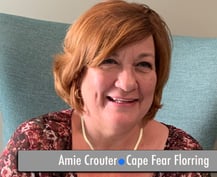 Ten years ago, Ms. Crouter asked a recording studio in Fayetteville to produce a jingle for Cape Fear Flooring. “Although we have freshened up the music in it a few times over the years,” she says, “the message has remained the same. The words ‘together we make it home’ are always how the jingle ends.”