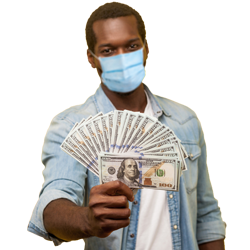 There are 66,000 adults in the Fayetteville area who have earned a four-year college or postgraduate degree, according to research from Nielsen. A study from the Federal Reserve indicates that these educated consumers have been least affected by the economic consequences of the pandemic.

"While the labor market disruptions have affected workers in a wide set of industries and occupations, those without a college degree have experienced the most severe impact," say Mary C. Daly, Shelby R. Buckman, and Lily M. Seitelman authors of The Unequal Impact of COVID-19 in the Economic Letter published by the Federal Reserve of San Francisco.

Although the unemployment rate increased among consumers of every education level in late March when the Governor of North Carolina locked down the state to slow the spread of the Coronavirus, the smallest increase was among those with bachelor or postgraduate degrees, according to the Bureau of Labor Statistics..

Seven months later, job recovery among those with college degrees is closer to pre-pandemic levels than consumers with lower levels of educational attainment. 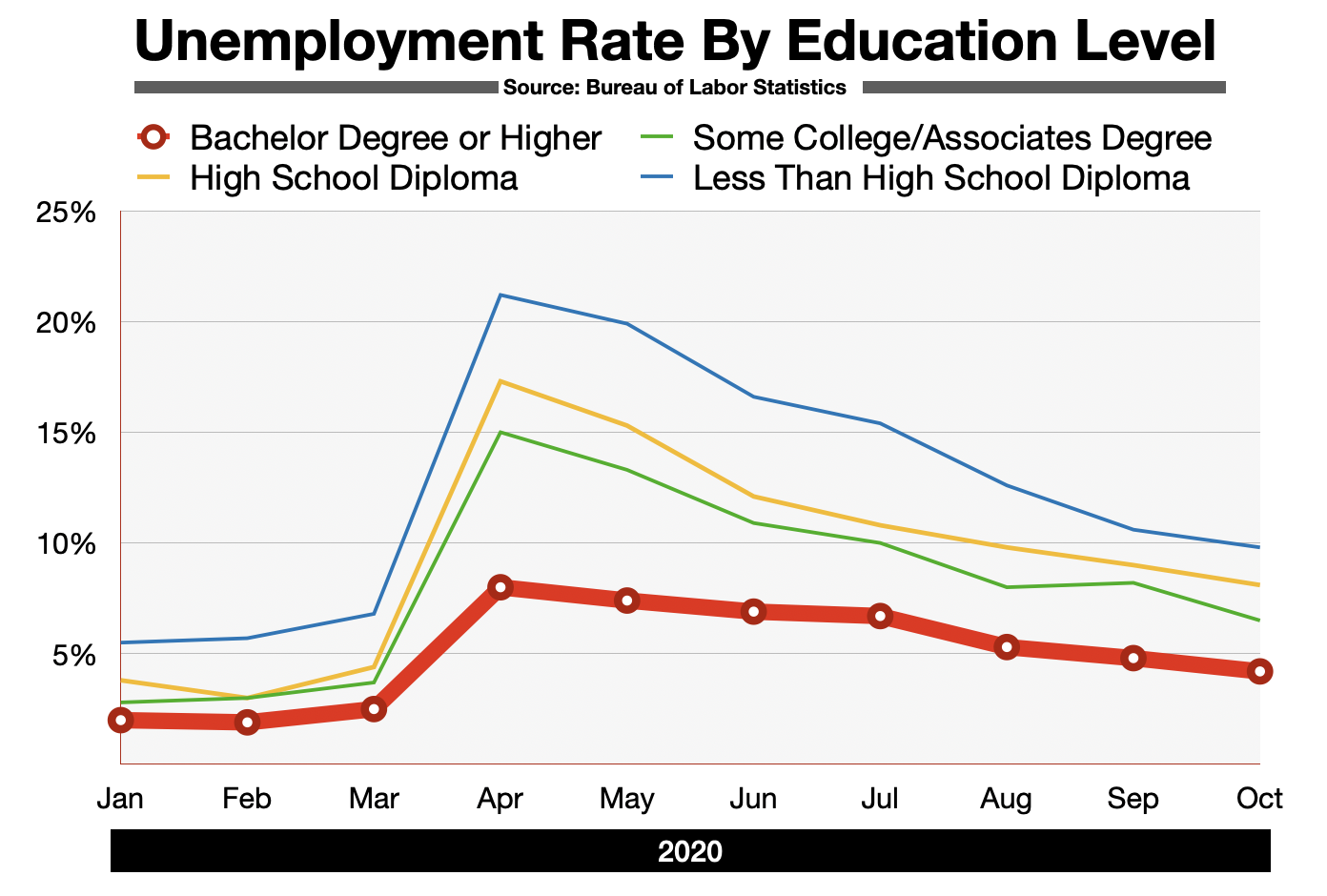 Many small business owners have seen the correlation between advertising and survival during the economic crisis inflicted by the pandemic.  With precious few dollars to invest, it is crucial that every advertisement reaches consumers who have disposable income to buy. Right now, the most likely spenders are customers with college degrees.

By key advertising metrics, the best way to reach consumers with higher education is on Fayetteville radio.

Every week, according to Nielsen, Fayetteville radio reaches more college graduates than all other advertising options available to local small business owners.

In addition to superior reach, which, according to Nielsen, is a critical component of every marketing campaign, radio advertising delivers the best return-on-investment for business owners.

A recent study conducted by Nielsen analyzed the sales results of a major retailer who conducted an advertising campaign on both radio and television over a 30 day period.

Using  their Portable People Meter panel of 80,000 consumers, Nielsen measured the purchase behavior of consumers who were exposed to the advertiser's commercials on both radio and television. To learn more about the methodology, click here.

The result of the study indicates that the money invested in radio advertising had a more substantial return-on-investment than the money spent on TV. 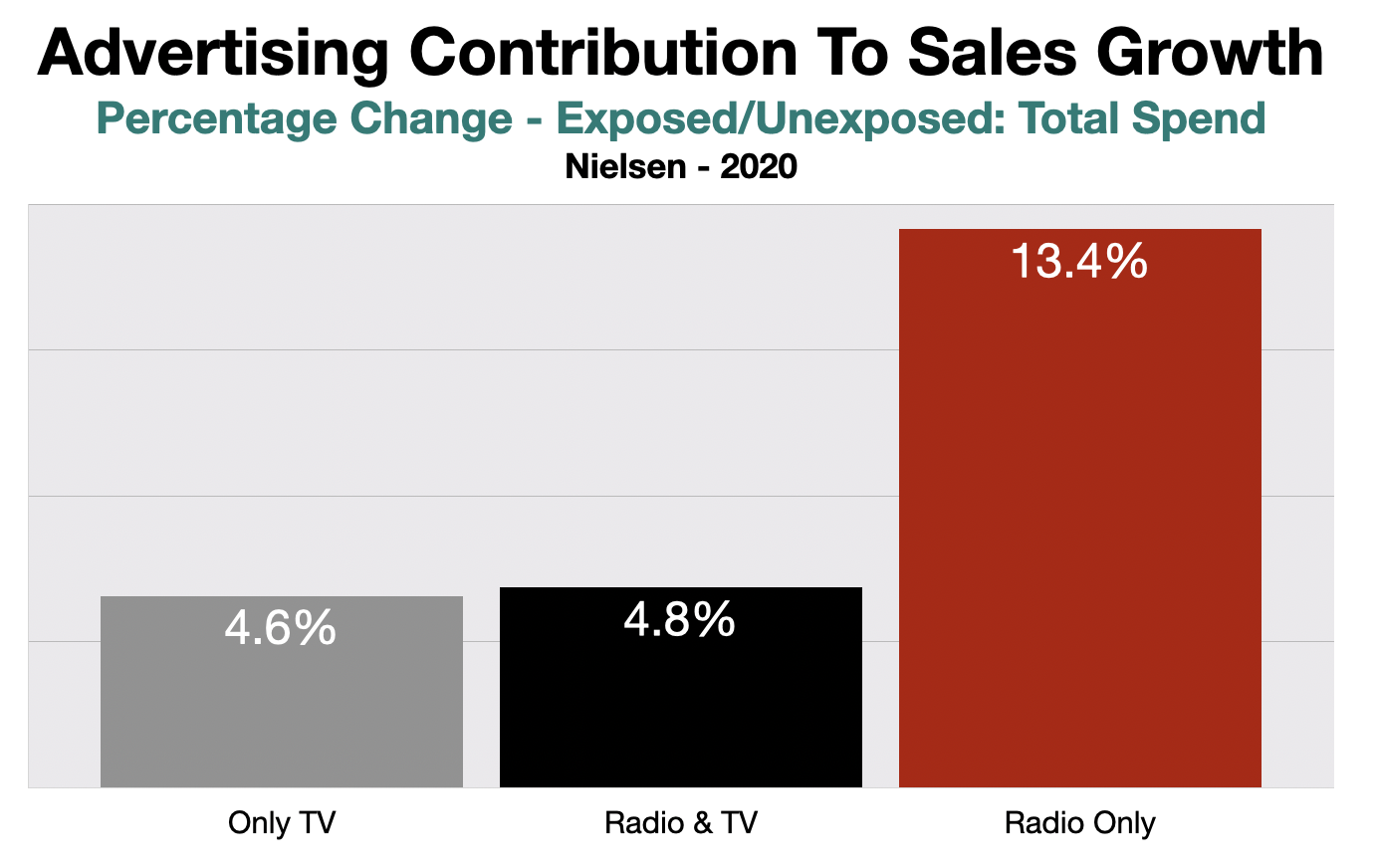 Fayetteville radio's superior reach among consumers with money to spend and the medium's proven ROI makes it a powerful choice for local small business owners who must advertise to survive.