For the uninitiated, according to AdAge magazine, the C3 ratings blends a very rough estimate of average commercial ratings with three days of time-shifted viewing; as such, it offers networks, buyers and advertisers the best approximation of actual ad deliveries.

Again, just for perspective, in 2001, prior to the advent of satellite radio, Pandora, Spotify, Facebook, YouTube, Roku, Netflix, iPods, iPads, and smartphones, Fayetteville radio reached 93% of consumers.  In 2019, that number remains unchanged.

A few years ago, when broadcast TV still commanded a 90%-plus reach among Fayetteville consumers, a business owner could target almost any demographic needed to attract new customers.

As viewership plummets, however, certain types of consumers are disappearing. As you can see from the chart below, the demographics most coveted by advertisers are, now, much more likely to be non-viewers.

The disparity between the value of TV viewers and non-TV viewers is even more pronounced when major household purchases are considered. For instance, Fayetteville consumers planning to purchase furniture over the next 12 months are much more likely not to watch local TV. This holds true for many key retail categories. 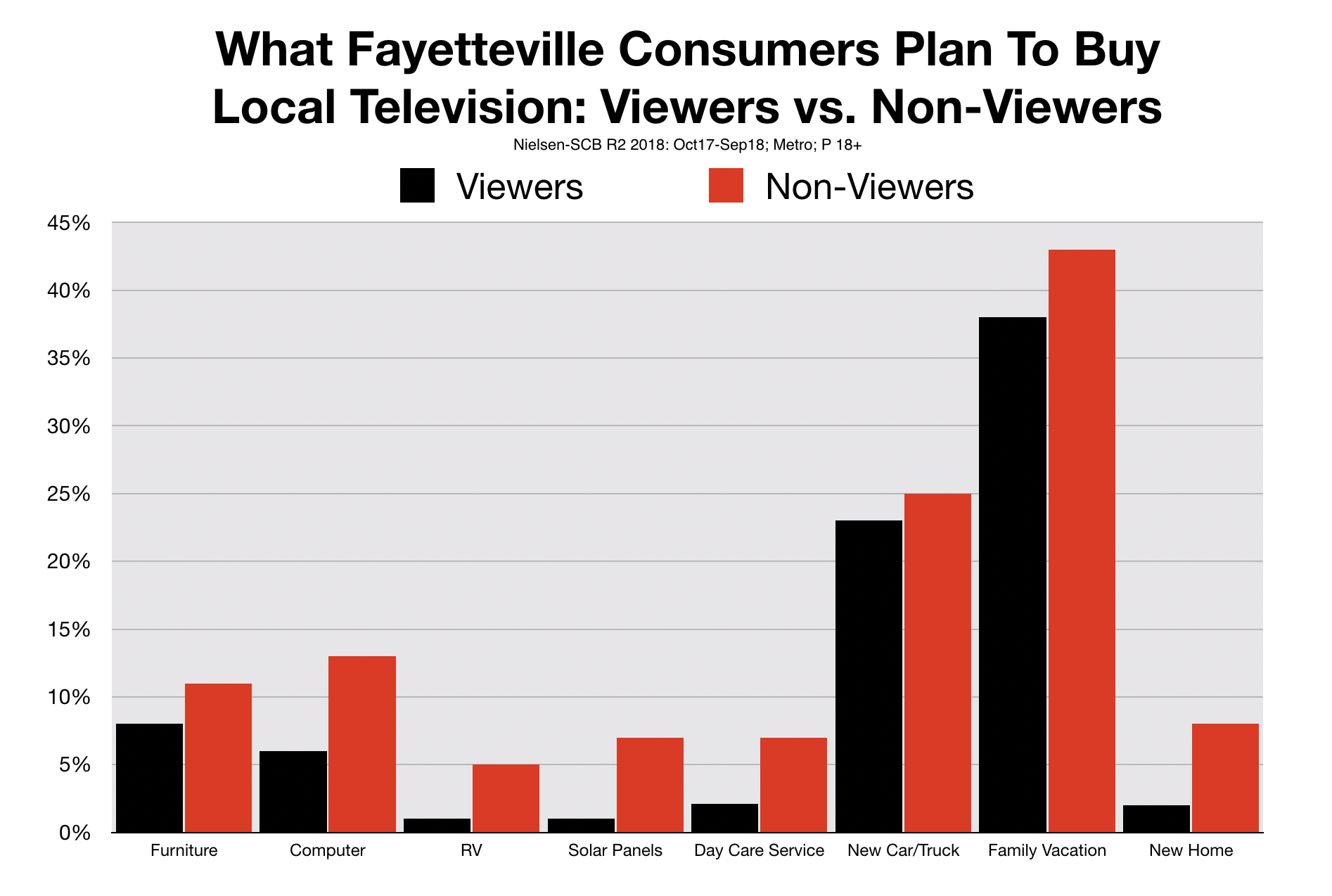 According to Nielsen, 91.1% of all non-TV viewers in Fayetteville are reached by local radio stations.  Interestingly, 93% of consumers who actually do watch local TV are also reached by radio.

Based on these findings, current TV advertisers can effectively reapportion their media budget to include Fayetteville radio.

Kimbrell's Furniture, for instance, has seen a difference in its Fayetteville stores since apportioning a larger share of advertising dollars into radio advertising.

“For many years,” says Cheryl Parker, General Manager of the chain's Person Street, Raeford Road, and Fort Bragg Boulevard locations, “Kimbrell’s only used advertising on Fayetteville radio to promote the annual Fourth of July Sale. We primarily used the stations that reached the mature, urban market”. Ms. Parker refers to this audience as her store's bread and butter. 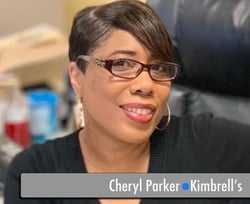 Last year, however, Ms. Parker convinced her district manager to advertise on Fayetteville radio continually for a 6-month period.

Ms. Parker knew to increase sales in her stores she would need to reach beyond Kimbrell’s core customers. “To grow in Fayetteville, we would need to branch out to attract Hispanic customers, cash customers, good credit customers. Also, with Ft. Bragg right here, we needed to reach out into the military community. Using local radio was the best way to pinpoint those new customers.”