There are approximately 66,000 households in the Fayetteville area with existing mortgages, according to the US Census Bureau, American Housing Survey. The median amount owed on these homes is $127,000.

Yesterday, there was extraordinary news for many of these borrowers and for Fayetteville area banks, credit unions, and mortgage companies

According to The Federal Home Loan Mortgage Corporation (Freddie Mac), mortgage rates have hit an all-time low of 2.86%. 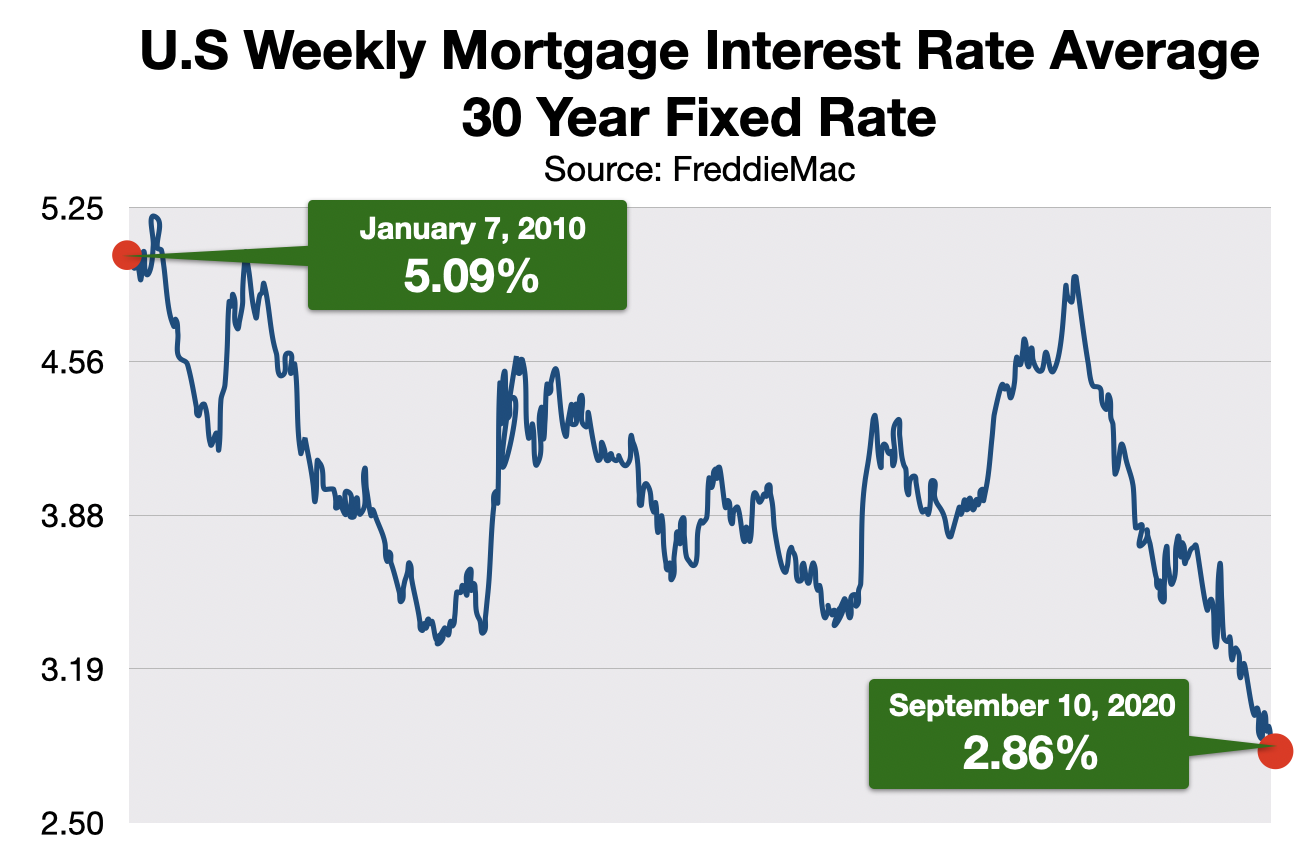 With interest rates at this new level, 20 million American homeowners can now refinance their existing mortgage, according to Black Knight, a data analytics company specializing in homeownership life cycles.
By refinancing an existing mortgage, a Fayetteville area homeowner could considerably reduce the length of their loan or lower the amount of their monthly payments. 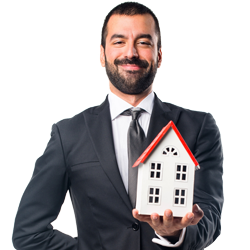 Local banks, credit unions, and mortgage companies create a great deal of revenue from refinancing.
Generally, a lender can expect to earn two to five percent of the loan principal amount in closing costs, according to BankRate.com. For a $200,000 mortgage refinance, for example, closing costs could generate between $4000 and $10,000.
For local financial companies to claim a significant share of the expanding refi market requires advertising. By any metric, advertising on Fayetteville radio is the most effective way to reach homeowners.

Every week, Fayetteville radio reaches more local homeowners who have an existing mortgage than all other media. 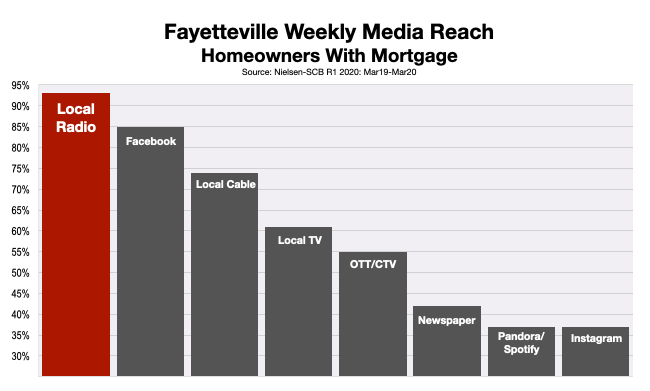 Fayetteville radio's reach is particularly dominant among homeowners whose property has very high values. These are the homes that will produce the highest fees and closing-costs for local banks, credit unions, and mortgage companies 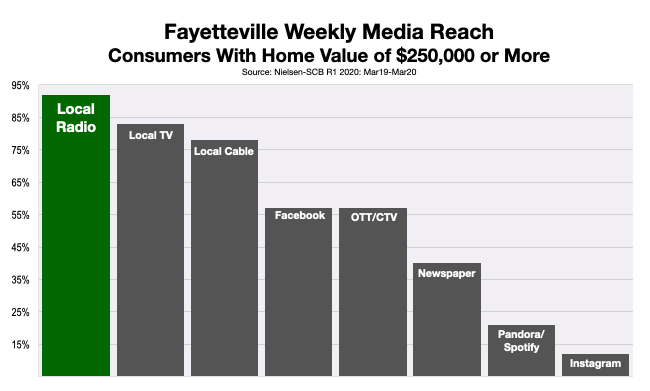 Why is reaching the most possible mortgage holders critical to the success of an advertising campaign conducted by a bank, credit union, or mortgage company?

Reach, according to a study by Nielsen, is crucial to the success of any advertising campaign. After the message itself, for an advertiser, the number of different people exposed to a message has the greatest effect on sales increases.

Reach, it turns out, is more important than branding, recency, targeting, and context when it comes to driving sales results.

As 2021 approaches, Freddie Mac forecasts that mortgage rates will stabilize  around 3.2%, slightly higher than they are now.  But, each time the rate ticks-up, the number of borrowers who can refinance will proportionally decrease. Therefore, it would be advantageous for banks, credit unions, and mortgage companies to begin advertising while rates remain at historic lows.