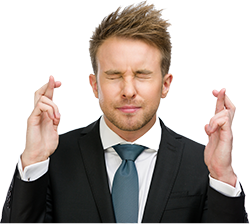 After years of robust growth, there are some signals that point to an impending economic downturn. It is a part of the American business cycle. There have actually been more recessions in the United States than presidents (47 vs. 45).

A recession is a period of declining economic performance across an entire economy, frequently measured as two consecutive quarters. In other words: it's a time when most Fayetteville small business owners sell fewer of their goods and services.

What a recession isn't is a time for Fayetteville business owners to stop advertising.

Henry Ford once said, "The man who stops advertising to save money is like the man who stops the clock to save time." There are many examples of companies that have proven this aphorism to be true.

Your breakfast cereal may be one example.

The New Yorker magazine financial columnist James Surowiecki writes, “In the late nineteen-twenties, two companies—Kellogg and Post—dominated the market for packaged cereal. It was still a relatively new market: ready-to-eat cereal had been around for decades, but Americans didn’t see it as a real alternative to oatmeal or cream of wheat until the twenties.” 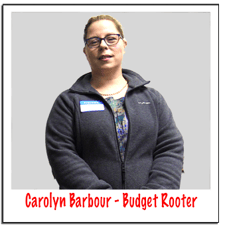 In 2007, the economy took a downturn, and many of Budget Rooter’s competitors began to fail. Not wishing to succumb to the same fate, the Barbours decided to expand their advertising efforts.

“For the first several months, our radio helped us keep our nose above water,” says Ms. Barbour. “I promise you. It was advertising on Fayetteville radio that kept us afloat.

Advertising During Downturns Has Extraordinary Value

A study published by WARC determined that increasing advertising during a downturn has extraordinary long term value for any business.

According to the study, "those advertisers who increase spending, whether modestly or aggressively, achieve greater market share gains than those who cut their advertising investment. This, in turn, puts them in a better position to increase profits after the recession.

One can hope that the next recession will be slight. But hope will not guarantee a Fayetteville small business owners ability to survive or even thrive during a downturn.  Advertising can be a lifeline.