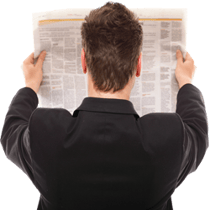 Fayetteville area business owners are expected to spend $6.1million on newspaper advertising in 2020. This will be 35.8% fewer dollars than were spent in 2019, according to a study by Borrell Associates, a company that analyzes local media expenditures across the country.

Of course, the pandemic is part of the reason advertising revenues have plummeted at Fayetteville newspapers. But, the more significant factor is the sustained erosion of readership.

For example, between October 2017 and March 2019, the Monday-Saturday circulation of the Fayetteville Observer has decreased by 46%. The Sunday edition suffered a 49% decrease. 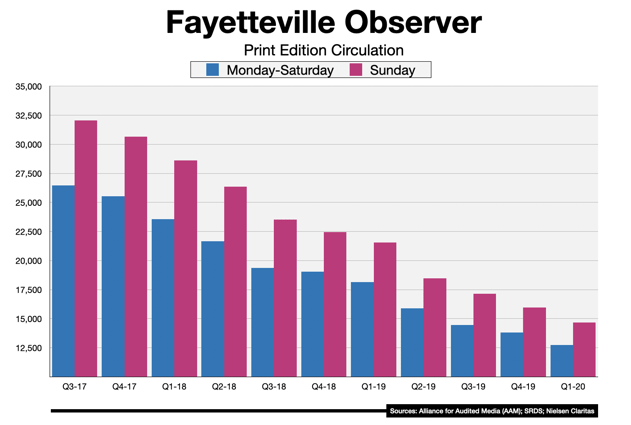 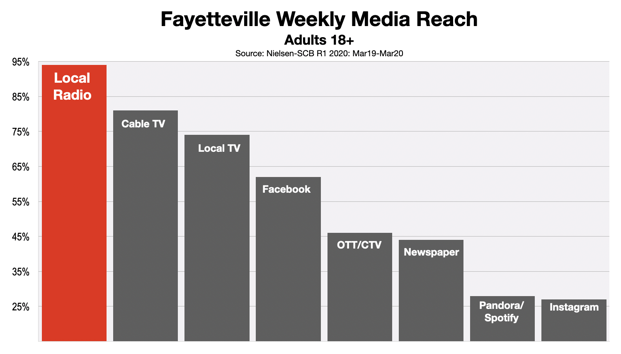 Fayetteville consumers' defection from local newspapers as a preferred source for local news is part of a national pattern.

The Pew Research Center, a nonpartisan fact tank that studies public opinion, finds that among Americans, television (49%), the internet (33%), radio (26%), and social media (20%) have all eclipsed newspapers (16%) as the go-to media for news.

Remarkably, Pew finds that a quarter of consumers are finding their news on YouTube.

"YouTube also has become an important source of news for many Americans. About a quarter of all U.S. adults (26%) say they get news on YouTube. And while relatively few of these people say it is their primary news source, most say it is an important way they stay informed," says Pew.

The consumers who still read Fayetteville newspapers each week tend to be older and live in less affluent households, according to Nielsen. 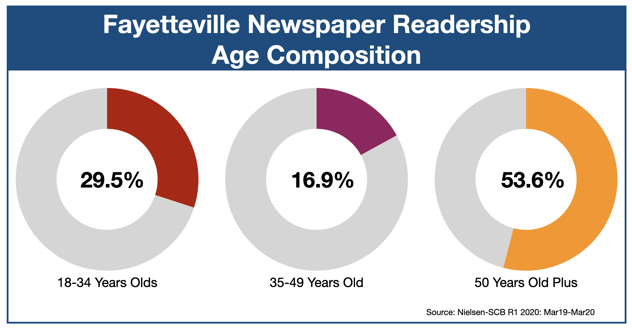 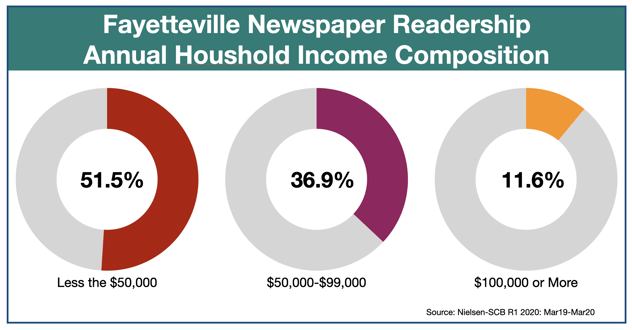 Most importantly, Fayetteville newspapers are not reaching the local consumers who are likely to be making significant purchases over the next 12 months. 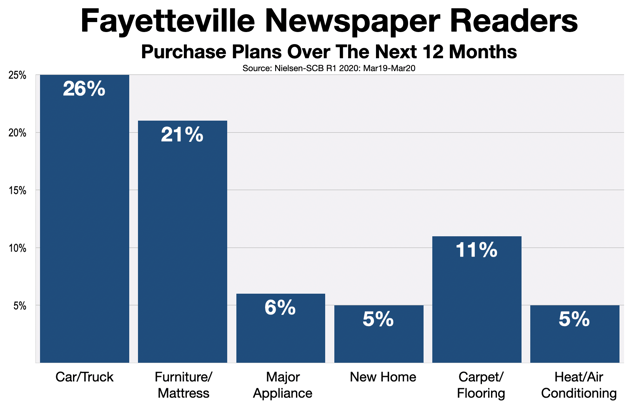 Small business owners can easily reach the entirety of newspaper's remaining audience by advertising on other media outlets. For instance, every week, 90.3% of local newspaper readers are also reached by Fayetteville radio.