What Is The Best Way To Advertise To Fayetteville Voters?

Every vote counts.  Many times the difference between winning an election and losing is a handful of ballots. This is true in races for almost every elected office, referendum, and issue on the national, statewide, and local level.

To win a modern election requires advertising. Successful advertising requires reach. In the Fayetteville area, the most potent way to reach voters is on local radio.

Last week, for instance, 92% of all registered voters in Cumberland and Robeson County tuned-in to a Fayetteville radio station.  This is significantly more than were reached by local TV, local newspaper, or the major social media site like Facebook and Instagram. 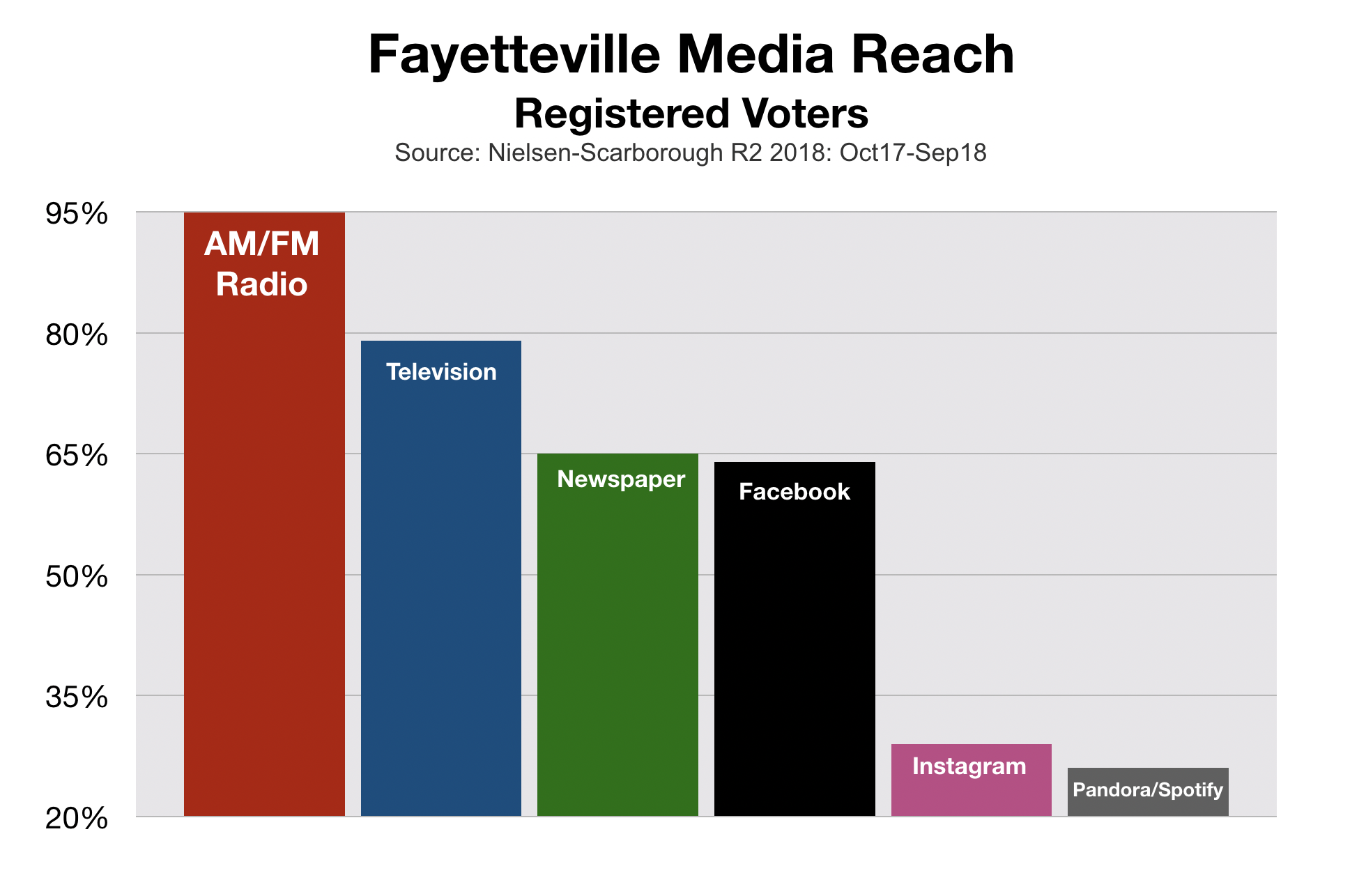 Talking to registered voters, though, is not always enough. Because voter turnout can vary greatly for any given election, it is critical advertising reaches likely voters.  In the Fayetteville area, the people most likely to vote are radio listeners. 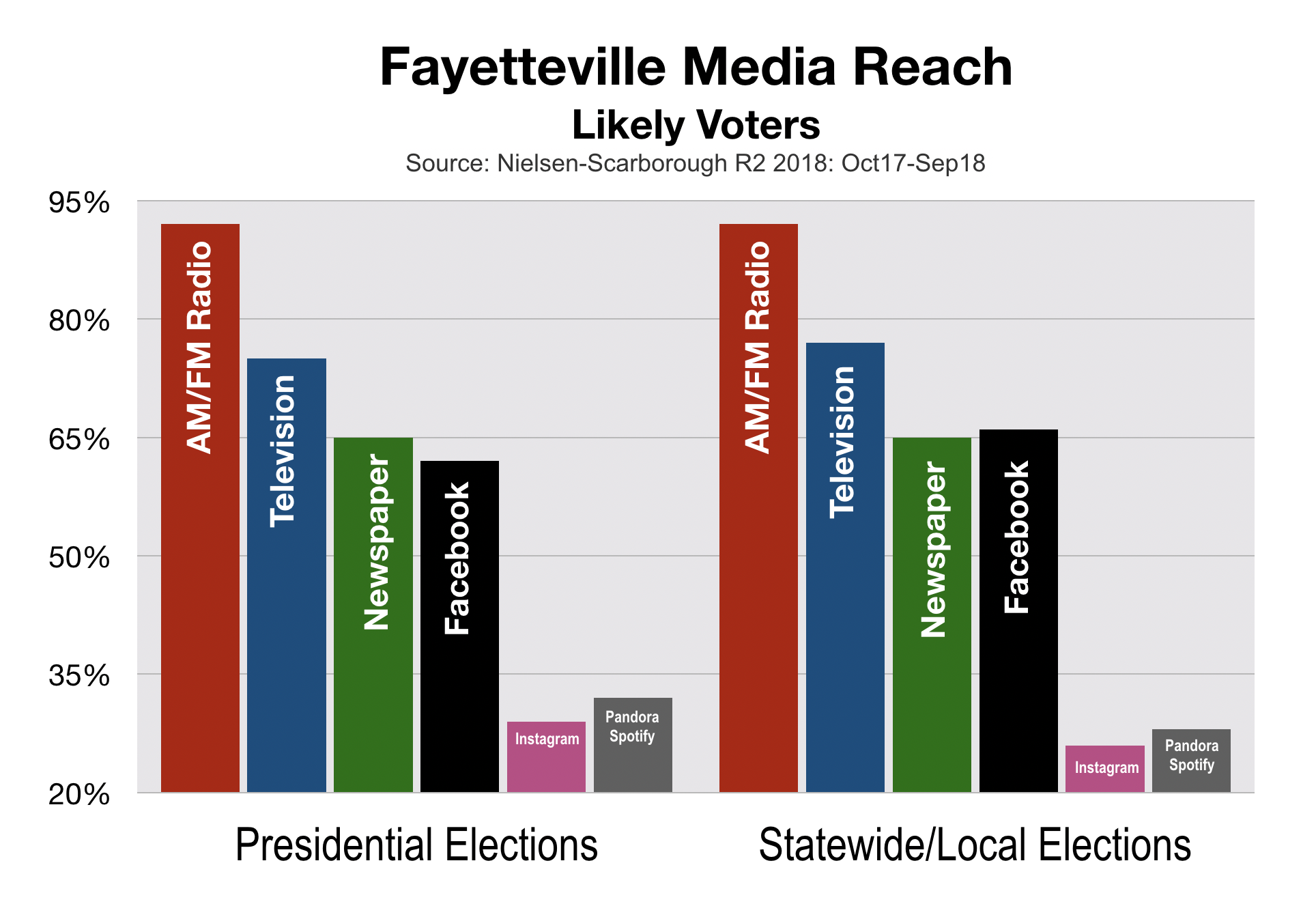 Unlike most politics, radio is bipartisan.  Fayetteville radio reaches more Democrats, more Republicans, and more Independent voters than all other local media. 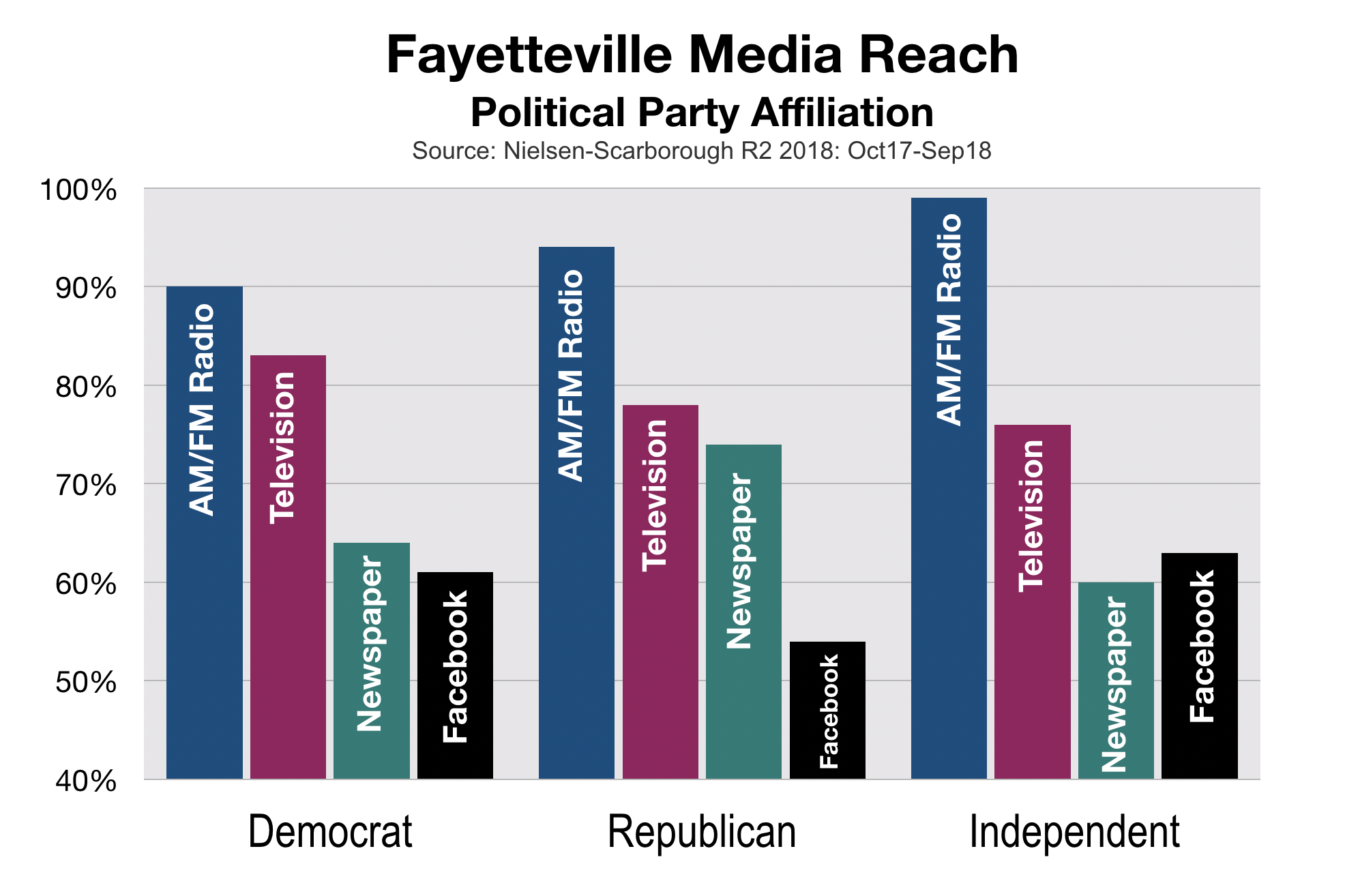 When engaging in political advertising on Fayetteville radio, there are several rules to be aware of:

The above rules apply to broadcast television as well. These rules do not apply to political advertising in newspaper, cable TV, online, or social media.