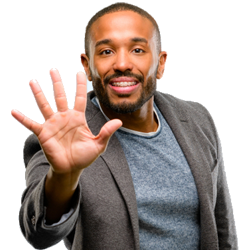 Even during a pandemic, by almost every key marketing metric, radio advertising remains the best way for a Fayetteville business to market its goods and services.

To prove the point, here are five statistics that vividly demonstrate the value of advertising on Fayetteville radio.

Each week, according to Nielsen, over 322,122 local consumers tune-in to a Fayetteville radio station each week. More than are reached by any other media option including, TV, cable, social media, streaming media, or newspapers.

According to a 2020 study from the Journal of Advertising Research,  audiences are more than twice as likely to stick with the radio station they are tuned to during commercials than they were nine years ago. 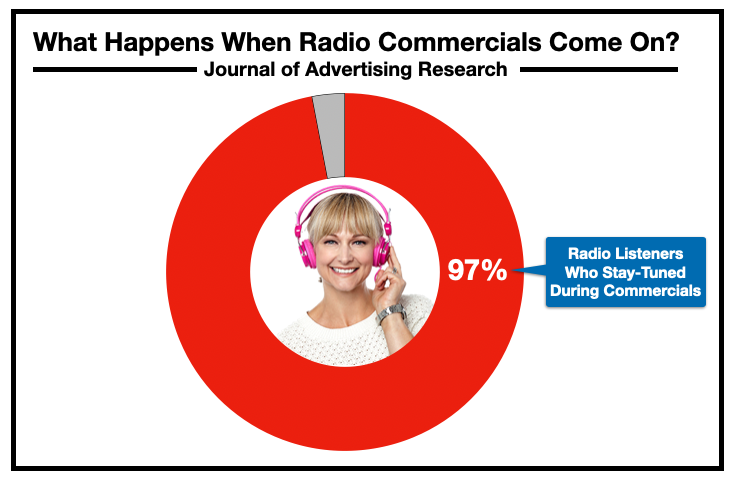 The conclusion of this study affirms the decision for local small business owners who choose to market their goods and services on Fayetteville radio.

"These findings will help advertisers to abandon unfounded beliefs and may encourage more of them to consider using radio advertising. On the basis of these results, radio advertisers now are free to focus on those times when the greatest number of potential customers are reached."

Between April 30 and May 27 of 2020, Nielsen analyzed the sales results of a retailer who conducted a radio advertising campaign during that period. The results showed that for every $1 spent, the business saw a $28 return on investment.

Many Fayetteville small business owners have seen their marketing budgets ravaged by the pandemic. More than ever, it is necessary to make sure every advertising dollar has a positive payoff.

Website traffic has become crucial to the survival to many Fayetteville small business owners.

Every time a radio commercial runs on Fayetteville radio, 1.7 consumers, on average, will visit the advertiser's website within 8 minutes.  This is based on an analysis of more than 37,800 commercials tracked by Analytic Owl, an advertising attribution service.

Typically, 71% of the traffic driven to advertisers' website by Fayetteville radio are first time users.

As the pandemic slogs on, more and more consumers are shopping online.

During the past week, says Nielsen, 67% of all consumers shopped online. This compares to just 46% pre-pandemic. Most remarkably, just over 1/3 of all digital shoppers last week were brand-new users.

Furthermore, 23% of all consumers now shop online multiple times per week, according to Nielsen.

Fayetteville radio's ability to drive significant traffic to an advertiser's website is due to the medium's tremendous reach among local, online shoppers. 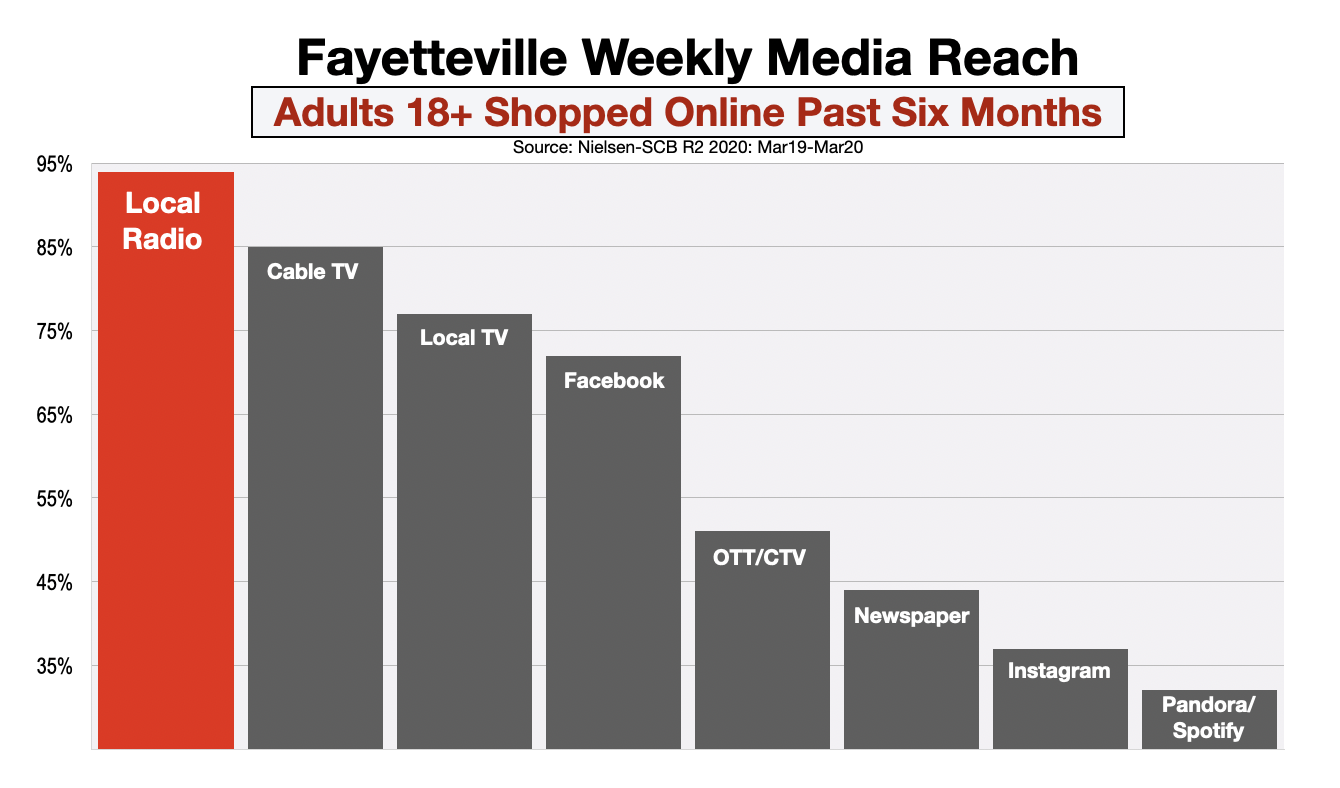 50% of consumers say that AM/FM radio is the audio medium used most while driving. According to a study by Edison Research, no other option comes close. 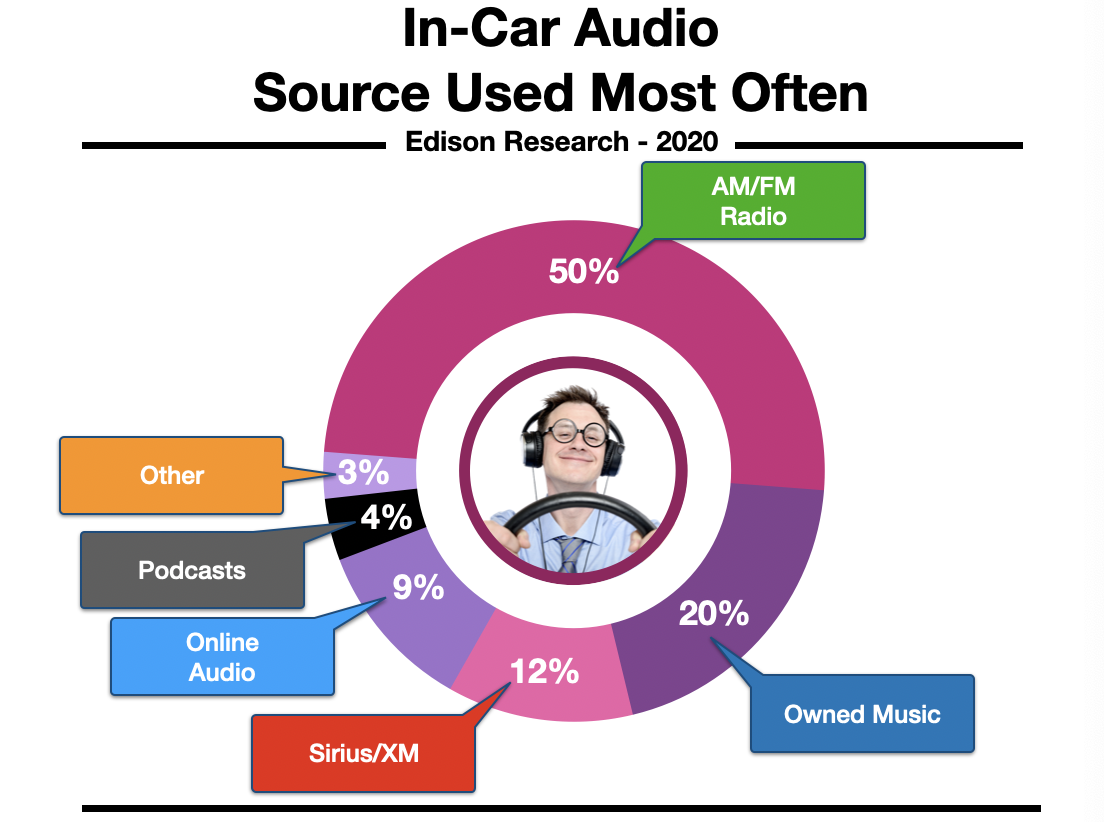 Consumers who listen to local radio in their cars are a treasured audience for Fayetteville small business owners and retailers.