Where Will Fayetteville Consumers Shop This Holiday Season?

Fayetteville shoppers are expected to spend $999 million this holiday season.  This is approximately 4% higher than last year. These estimates are based on forecasts by the National Retail Federation and Deloitte.

To claim a fair share of the Christmas cash, local small business owners will need to battle some giant competitors. Advertising on Fayetteville radio stations may be the perfect weapon to ensure success.

According to information published in the retail trade magazine Chain Store Age, as of right now, here is where consumers are planning to shop...

Shoppers with holiday budgets of $500 or more are likely to also include Best Buy and Macy's.  Those with a smaller budget could end up at Kohls.

If a Fayetteville retailer wants to redirect the flow of holiday dollars from the national chains and eCommerce sites, then investing in advertising would be necessary.

Recently, Nielsen studied the impact individual elements of an advertising campaign had on sales growth.  Of all of the media components, reach had the most significant effect.

The local advertising medium with the most reach is radio.

Last week, according to Nielsen, more adult consumers were reached by Fayetteville radio than were reached by local TV, newspapers, social media sites like Facebook and Instagram, or streaming audio sites like Pandora and Spotify. 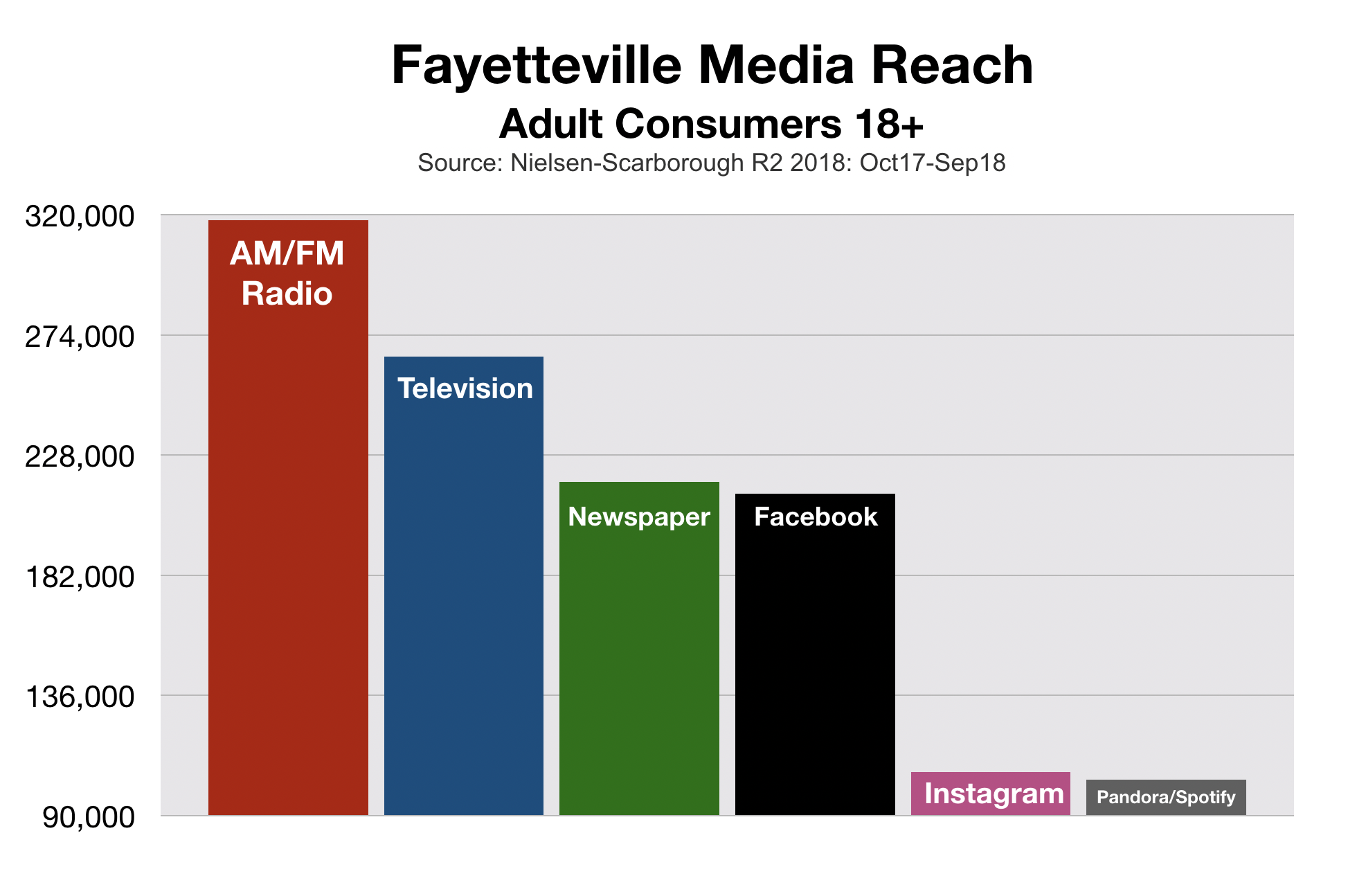 Not only does local radio reach the largest number of Fayetteville consumers, it reaches the vast majority who are planning to shop the box store, national chains, and major eCommerce sites during the holidays.

For instance, each week, Fayetteville radio reaches 93.9% of local consumers who shop at Walmart and 98% who shop with Amazon. 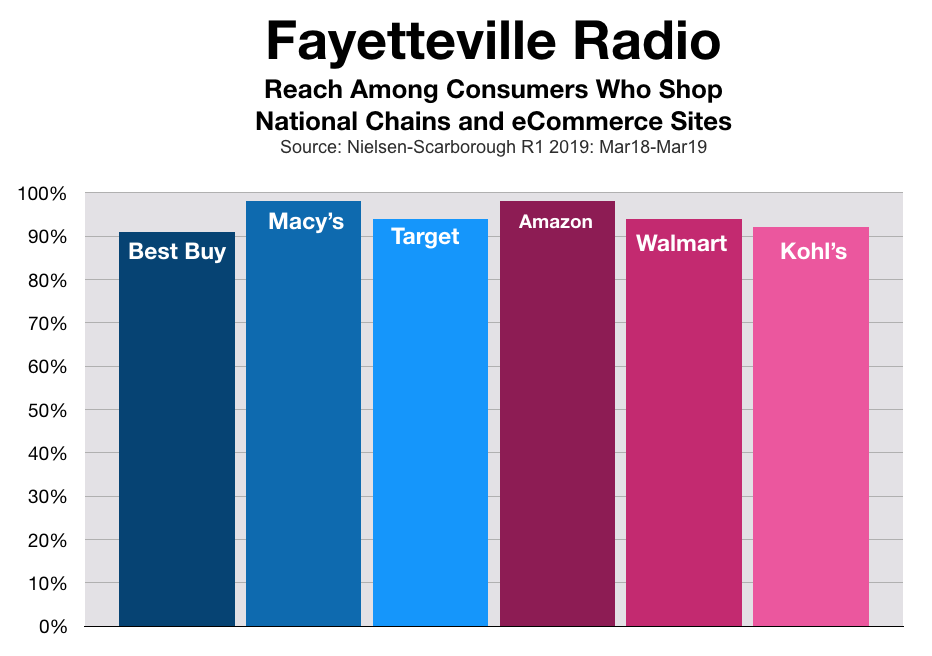 In addition to where consumers will shop this holiday season, Chain Store Age also published information that most Fayetteville small business owners will find useful: